As we watch the moral decline of Western society and the growing indifference or outright hostility toward followers of Jesus, one bright spot in all of this is the end of nominal Christianity. For years, many in the West have been Christ-followers in name only. These are people who like the idea of Jesus, but not the surrender of their lives to Him. 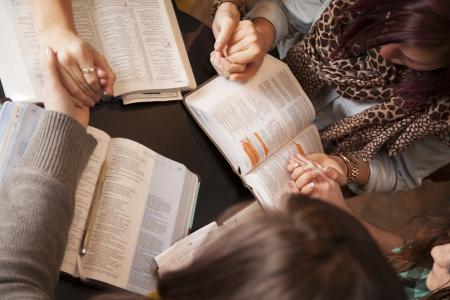 They go to church every weekend and proudly profess their faith in Jesus, particularly when it is socially expedient. There is a certain panache to being able to claim the moral high ground by proclamation of one’s faith. But surrender their lifestyle to live according to the commands of Jesus and the Bible? Well, that always seems to fall into some sort of “gray area” for these so-called and nominal Christians.

With the growing antagonism expressed towards Christians, it is no longer worth it to identify oneself as a Christian if you aren’t completely surrendered to Him. To proclaim a faith in Jesus is to risk being labeled as intolerant, homophobic, bigoted, and ignorant. If you aren’t willing to devote your life wholly to Jesus, it will not be worth being branded by such vitriol. Better to go along, to get along. And so, I think as the animosity grows towards those who profess faith in the Lord Jesus, I believe those who are not fully committed will fall away and show their true colors and loyalty. They will not see Jesus as being worth the cost.

As a result, we will see the end of nominal Christianity. Sure, the number of believers will drop by a staggering margin, but the ones falling away were never true believers anyway. I predict over the coming years, you will see many stories emerge sounding the death knell of Christianity based on the dwindling numbers of those willing to identify as Christians. I do not welcome the purge of so many who once proclaimed Christ and who will now turn to the pleasures of this world. But those of us who remain true to the Word and the person of Jesus will be stronger for the cleansing.

I believe dark days are ahead for true disciples of Jesus. Whatever may come, we must hold fast and stand strong. Compromise is not an option for we who know Christ as Savior and King. These light afflictions will work out for a greater glory (2 Corinthians 4:17). Don’t despair when they curse, beat, and abuse you. Jesus suffered the same fate, and we should expect nothing less when we follow Him with our full devotion (John 15:20-21). The time is coming, and is now upon us, when we will have to choose between this world or the one to come. I choose Jesus.

The end of nominal Christianity is both a blessing and a warning. No longer will the world be subjected to a weak and distorted representation of our glorious Creator God. But the end of nominal Christianity is also a signal for increased persecution to begin. We will be marginalized and mocked. It has been this way throughout the ages. The cross of Christ is foolishness to those who are blind to the truth (1 Corinthians 1:21-23). But for those of us who know, the cross represents our ultimate victory, a victory won by our resurrected Savior. Jesus has given us a Spirit of love and power, not of fear (2 Timothy 1:7). Take courage, these times will be but for a little while, and then we will be with Jesus (1 Peter 5:8-10). Keep your eyes on the prize and cling with relentless passion to our glorious Lord.